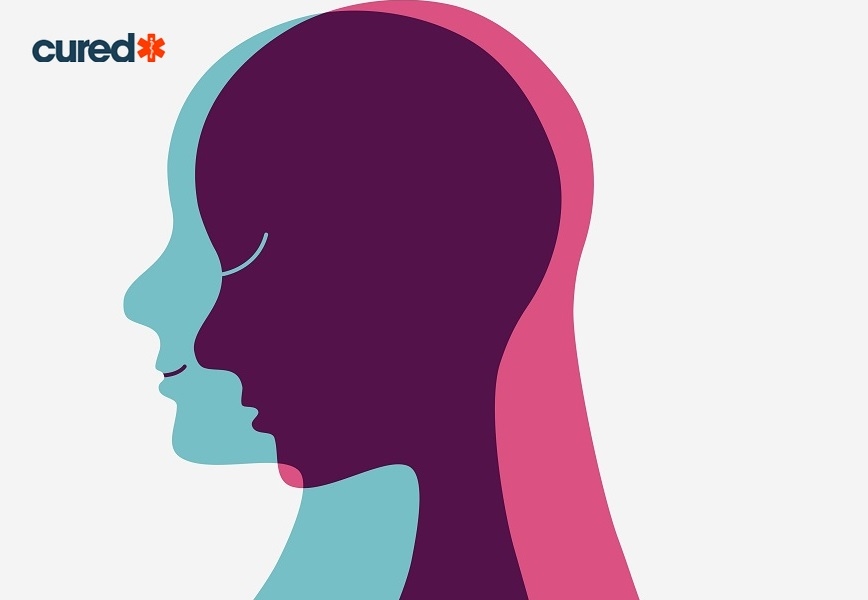 Mental health is about emotional, psychological, and social well-being that impacts how people think, feel, and act. It influences how a person deals with a situation, handles stress, makes life choices, and more. It is something really crucial at every stage of life. According to WHO, “Mental health is a state of well-being in which an individual realizes his or her own abilities, can cope with the normal stresses of life, can work productively, and is able to make a contribution to his or her community.” The disorders related to a person’s mental condition are known as mental health disorders.

This article will look into mental health disorders, what people mean by these disorders, their common types, symptoms, and treatment. We are going to cover all the essential topics that you should be aware of.

What Is Mental Health Disorder? 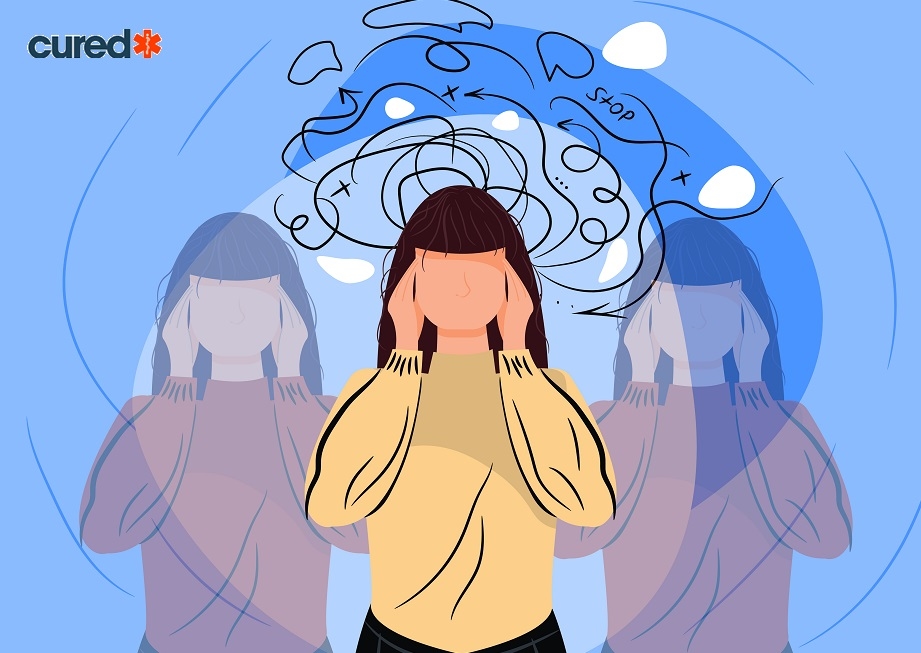 When mental health gets affected and starts impacting daily life, it becomes a disorder. Mental health disorder is a common health condition that involves changes in emotions, thinking, and behavior. It might be occasional or long-lasting and can be of different types. Having such a condition impacts how a person feels, thinks, acts, or connects with their surroundings or people. It may impact daily lives, relationships, as well as physical health. These disorders host several other diseases or conditions like disabilities, body pain, heart diseases, impairment, or death.

It is one of the significant medical conditions in the United States and worldwide. According to several surveys, it is found that in the United States, more than 50% of people get diagnosed with some or other form of mental health disorder at a point in their life. On an annual basis, 1 in every 5 Americans get diagnosed, and 1 in 25 live with severe types of mental health illnesses like schizophrenia, bipolar disorder, etc.

Also Read: The 10 Top Health Tips 2021 For Your Wellbeing 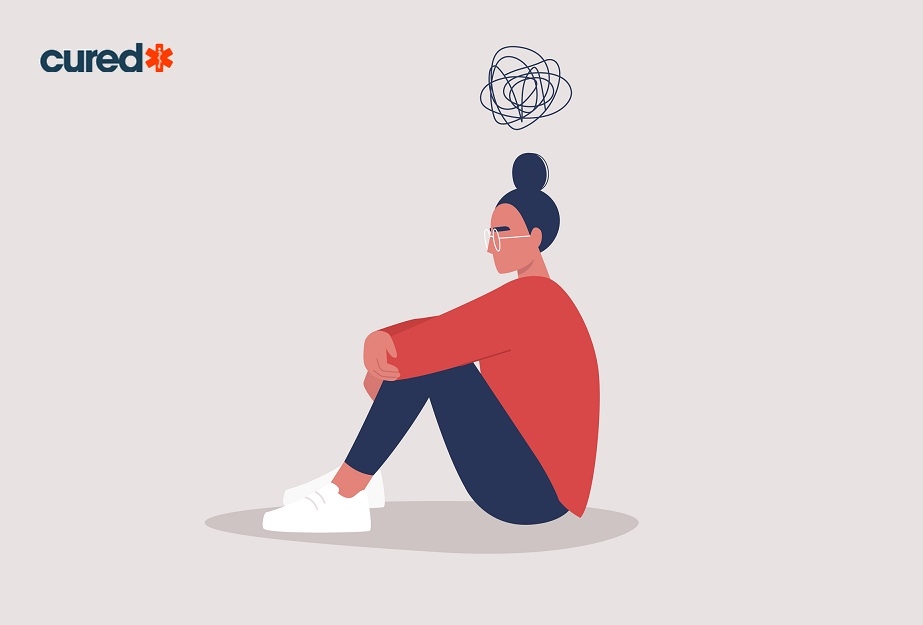 The global mental health issues continue to rise at a rapid pace with adverse effects on health, as well as social, human rights, and economic consequences. There’s not just one but different conditions included in mental illness. Some of the common types are listed below.

This is one of the most common types of mental illness. Globally, over 264 million people are affected by depression, including children. It is a mood disorder characterized by sadness, loss of interest and enjoyment, feeling of low self-worth, reduced energy, disturbed sleep, tiredness, and more. There are varying degrees of intensity and symptoms of depression which is much more than a mere feeling of being sad.

Bipolar Disorder is a chronic mental illness commonly referred to as ‘manic depression.’ It affects over 45 million people worldwide, with more than 2.6 percent of Americans. In this disorder, the person experiences unusual mood swings, episodes of energy, and more. Sometimes a person can get too extreme, and other times they can become depressingly low. Having this disorder can affect a person’s ability to think reasonably or to continue with daily tasks.

It is another common mental health disorder that a large population is going through. People with this condition have severe fear or worries even when there is little or no reason. They respond to certain objects or situations with dread, rapid heartbeats, and sweating. Anxiety disorder can be easily diagnosed with a person’s response. This disorder must be treated on time as it might lead to significant impairment.

It is a complex psychotic disorder that impairs a person’s perception of reality and the world. Schizophrenia is considered one of the severe mental health disorders, as over 20 million people are affected worldwide. A person with this disorder might experience hallucinations, hear voices, or have delusions. It is a highly complex condition that can leave people in dangerous situations if not treated well on time.

Post-Traumatic Stress Disorder, a.k.a PTSD, is a mental health disorder that triggers a person after dealing with traumatic and/or terrifying events. Experiences causing PTSD might include events like war and national disasters, physical abuse, verbal abuse, sexual assault, death of a loved one, etc. PTSD survivors have lasting or frightening thoughts of these events for a longer tenure and makes the person emotionally numb.

Eating disorders include bulimia nervosa, anorexia, and other problems involving food. This disorder involves extreme emotions, behaviors involving weight and food, and attitudes. In such an illness, a person either eats too much or does not eat at all. Whatever the situation is, it takes a toll on mental and physical health.

Obsessive-compulsive Disorder or OCD is an anxiety disorder plagued by persistent thoughts or concerns that force them to engage in particular rituals or routines or the powerful urge to perform an activity in a repetitive manner. These unsetting or disturbing thoughts are known as obsessions, and the compulsions are known as rituals.

Symptoms of mental health disorders differ with the type of mental illness. Each type causes its own symptoms, but most of them share some common characteristics. These symptoms include -

- Not eating enough or overeating

- Having insomnia or too much sleeping

- Hearing of voices in the head

- Inability to carry out day-to-day activities 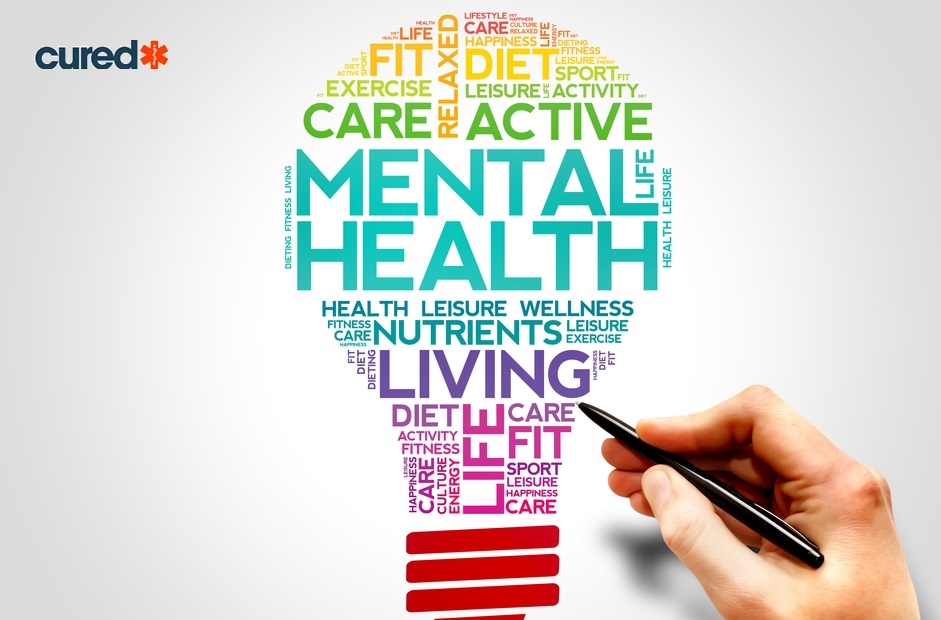 Treatment for mental illnesses is not one-size-fits-all and often doesn’t provide a complete cure. The treatment usually aims to reduce the symptoms, make the disease tolerable, and highlight underlying causes. Also, the treatment of such disorders is highly individualistic, and a majority of times, what works for one person might not work for another. However, what is required is the right treatment at the right time. Some of the suggested treatments include:

- Self-help: This is one of the best treatments for mental health disorders. Self-help can be done by loving yourself, focusing on things that boost your mood, taking out time from a hectic schedule, talking to your loved ones, etc.

- Lifestyle Change: Lifestyle plays a crucial role in our mental health. One of the best ways to treat mental health disorders is to make changes in the daily routine.

- Medication: If nothing works or when the condition becomes too critical, taking medication becomes crucial. It is necessary to consult a psychologist and take prescribed drugs to improve mental health.

Also Read: Lifetime Fitness Tips That You Must Add To Your Daily Routine

Just as physical health, mental health is also equally vital to our overall health. Although a significant portion of the population is aware of mental health disorders, there are still many people who are either unknown to this term or don’t have a proper understanding of it. But, with this article, you can expand your knowledge about mental health and disorders. So, pin this article and share it as much as you can. What Are The Social Determinants Of Physical And Mental Health? The 5 Best Yoga Exercises To Ease Lower Back Pain 8 Health Tips And Benefits Of A No-Sugar Diet