International Survivors of Suicide Loss Day - All You Need To Know 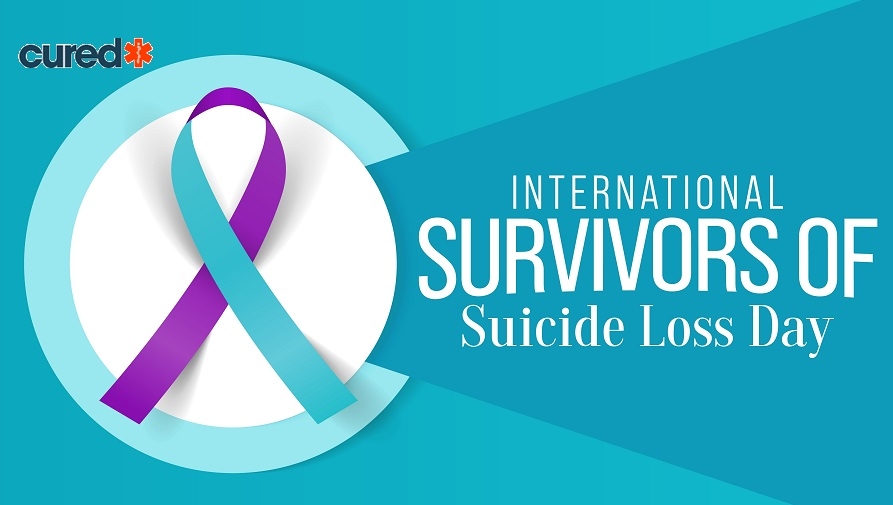 Survivors of suicide are family members or friends of people who died due to suicide. Anyone close to someone who committed suicide or feels directly affected because of it is a survivor. You need not necessarily be a family member to feel the impact of a suicide attempt directly. For every person who commits suicide, it is said that approximately 100 people grieve the loss. Therefore, every single year, there are almost five million new suicide loss survivors who experience the death of people they care about.

- Approximately 800,000 people die because of suicide every year globally.

- Almost 50% of people in the US know someone who committed suicide around them.

- On average, a person commits suicide every 11 minutes.

- Guyana has the highest suicide rate in the world.

Suicide has always been viewed differently over a period of time. It has been both condoned and condemned simultaneously in different geographical locations, demographics, religions, etc. Islam, Judaism, and Christianity are against suicide. In ancient Greece, people convicted of different crimes were allowed to take their own lives, making suicide acceptable in certain conditions. In Rome, the principles regarding suicide changed towards the fall of the empire.

Canon law was earlier used in western society, after which criminal law started to be accepted widely in an attempt to curb the rate of suicide during the middle ages. The effect it posed on society was minimal, despite which the suicide rates still remained the same. After the French Revolution in 1789, criminal penalties for suicides were abolished in all of Europe, but it took England until 1961 to join the principles.

While overall suicide rates among adults in the US did not change a lot between 1950 and 1980, suicide rates among younger people did change significantly. The most affected because of this were young males between the ages of 15 and 19. The percentage of these younger ones committing suicide increased by a whopping 305%. The percentage of suicides among While males between the ages 20-24 also increased by 196%. Mental health officials started broadening their understanding and acknowledging the involvement of alcohol and drugs, easy availability of firearms, suicide clusters, and mental illnesses with suicides.

In 1999, US Senator Harry Reid introduced a resolution that led to the creation of the International Survivors of Suicide Loss Day. Harry Reid lost his father due to suicide in 1972, making this cause extremely close to his heart. He decided to present this resolution to Congress before Thanksgiving since the holiday season can truly be a hard time for survivors. Every year, the American Foundation for Suicide Prevention hosts several events to support the survivors’ day events across the globe and spread hope, positivity, and peace all around.

How to observe International Survivors of Suicide Loss Day

Various organizations and foundations offer Survivors Day events that will allow suicide loss survivors to find and share peace, hope, and some healing with each other. Most of these events help people talk, share the loss and pain with each other to let it all out, screen movies and documentaries, help each other cope with suicide after sharing the loss, and other activities. The programs and events deal with denial, isolation, loss, and grief in a way where people can help each other heal from the pain. Find your nearest facility or a suicide loss foundation/organization to know and view the programs they will host.

Writing it down and expressing your pain and feelings in words is the best way to get yourself out of the difficult times you might feel stuck in. Simply take the help of your computer or a pen and paper and write anything you feel like; just jot down your thoughts and feelings. This could be in the form of stories, journals, poems, diary entries, anything. But ensure you are expressing yourself. You need to come to an understanding of your feelings and thoughts. You need to understand where these feelings are sprouting out from. Turn these difficult feelings into something true, beautiful, and inspiring to you and others around you. This also ensures you have control over your life.

It can be terrifying to tell your own story to a random group of strangers, but support groups offer a whole sacred space of safety, where you meet with others just like you. Meet other individuals who understand you, your hardships, and the realities of surviving a suicide loss. You will have the advantage of speaking with and hearing about others in a similar capacity to help you survive and get through your own battles.

Why is the International Survivors of Suicide Loss Day so important in people’s lives?

- The day helps us all remember and honor the victims. Because of the nature of suicides, it is challenging to deal with the passing away of such a loved one. The International Survivors of Suicide Loss Day helps us remember the good times we spent with the ones we loved while we had them, and not just remember them in the manner in which they died. Holding onto good memories is always a positive coping mechanism, allowing us to honor them forever in our memory, without any guilt.

- The day helps survivors get the attention they need. When someone commits suicide, it affects the lives of almost everyone in their community. Friends, family, colleagues, and many more are required to sort through their emotions and feelings to get a grip on their emotional health. On this day, we get some time to stop, think, and focus on various resources that will help the survivors get through the grief.

- The day helps survivors connect with others around them. Usually, it can be somewhat difficult for survivors to see and comprehend the world beyond their own pain, which often gives them feelings of isolation and sadness. There is an extremely high stigma associated with suicide, which can feel like one can never reach out to others around them. On International Survivors of Suicide Loss Day, we are all reminded that none of us are alone in this global issue facing the consequences. We are a family, standing together, connecting daily, and trying to survive.

The International Survivors of Suicide Loss Day allows survivors to find better connections, understand, and spread hope through shared experiences. Losing their loved ones to suicide is a unique type of grief. A safe environment needs to be provided to these people to share their experiences in the presence of others going through similar experiences and offer the right support and understanding. This time is utilized for sharing and remembrance, and the events are planned, allowing suicide loss survivors to become extra supportive of each other.