Get Involved In National Alzheimer's Disease Awareness Month This November 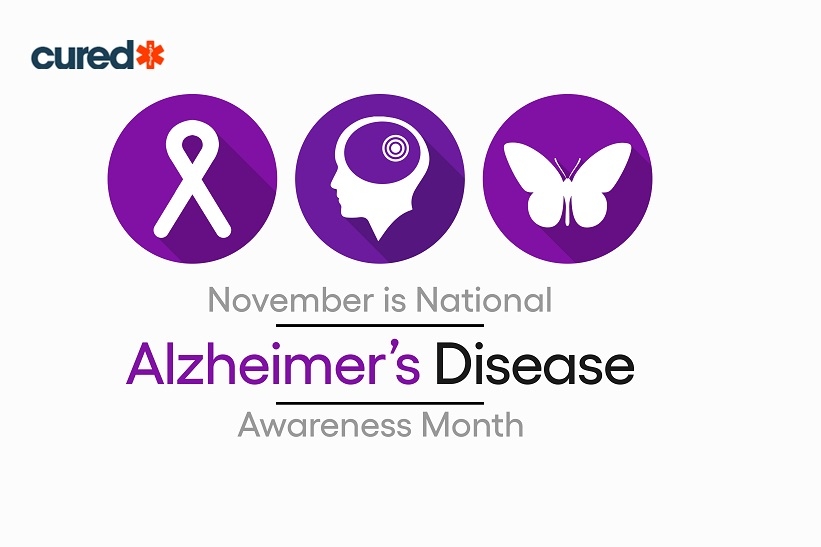 Every year, November is observed as National Alzheimer’s Disease Awareness Month. The month is an opportunity for all the people in the US to spread awareness, educate, and encourage people to understand Alzheimer’s disease. It highlights the symptoms, inspires people to seek information, and helps those suffering from the disease. The aim of the celebration every year is to let people get the correct diagnosis at the right time.

The history of the National Alzheimer’s Disease Awareness Month dates back to 1983 when President Ronald Reagan declared November as the awareness month for Alzheimer’s. During that time, less than 2 million Americans were affected by the disease; however, today, the number has soared to nearly 6 million.

Since National Alzheimer’s Disease Awareness Month 2021 is almost here, we encourage everyone to learn about the disease and participate in benefiting those dealing with it. If you are someone who is inspired to bring a change and support those diagnosed with it, scroll down and read this article. This article will take you through all the information that you need to know about this awareness month. Remember, “Together, we are stronger!” So, step forward and join the fight.

Alzheimer’s is the most common type of dementia, which accounts for a total of 60-80% of dementia cases. It is a disease that affects the part of the brain that controls a person’s memory, thinking, and behavior. This disease begins with mild symptoms and grows severe enough to interfere with daily tasks. With time, it destroys memory and other critical mental functions resulting in memory loss or confusion.

The Alzheimer’s Epidemic In The United States

National Alzheimer’s Disease Awareness Month is a reminder for Americans to pay attention to the epidemic sweeping throughout the country. To date, this disease has impacted more than 15 million people in the US and is continuing to spread.

Here are some of the significant statistics about the Alzheimer’s epidemic that will help you know why it is the need of the hour to take the proper measures and find its cure.

- For every 65 seconds, someone in the United States gets diagnosed with this disease.

- Currently, people living with Alzheimer’s in the country count to over 6 million.

- Deaths due to Alzheimer’s in the United States have increased to 16% during the COVID-19 pandemic.

- In the US, Alzheimer’s kills one in every three senior citizens. This number is more than the combined deaths of breast cancer and prostate cancer. 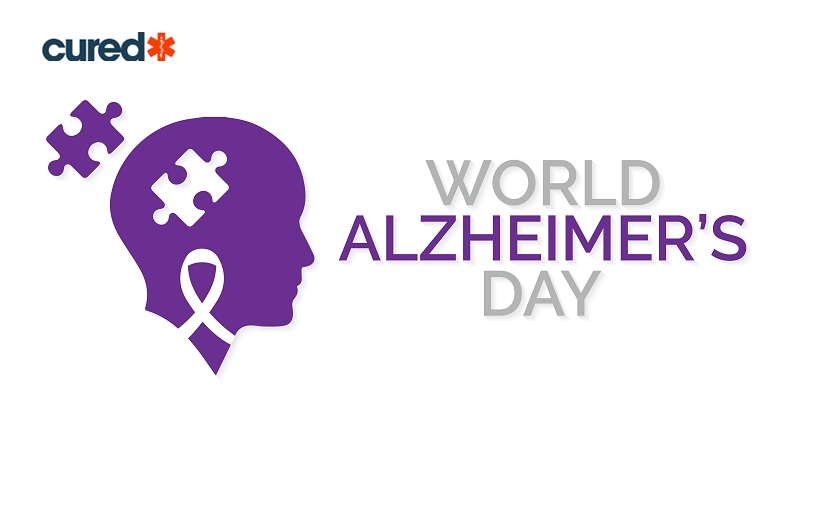 If you wonder why being a part of National Alzheimer’s Disease Awareness Month is essential, here are some reasons. Learn why your action matters.

Alzheimer’s Is A Progressive Disease

Alzheimer’s is one of the diseases where symptoms gradually worsen over a period of time. Initially, the symptoms are mild, and an individual has the ability to carry on a conversation. But with every passing year, the disease gets serious, and eventually, the patient becomes no longer able to perform the daily tasks and respond to the environment.

It Interferes With Memory

Alzheimer's (AD) attacks the brain and eventually the memory. The symptoms of this disease include memory loss, especially short-term. Further, it troubles in making plans, solving problems, misplacing objects, and more. Patients might also experience personality changes that develop confusion, suspicion, or even depression. This makes it crucial to get it diagnosed in the early stages and get it treated.

There’s No Permanent Cure For Alzheimer’s

One of the significant reasons it is crucial to treat Alzheimer’s as a severe disease is that we still don’t have a permanent cure. This disease was discovered more than 100 years ago, and countless studies have been done to find a cure, but there’s no way to stop its progression. Although current treatments can slow it down or reduce the worsening of the symptoms, it’s still just temporary.

Alzheimer’s Is Not A Part Of Aging

While most people think Alzheimer’s is a disease of old age, this is not true. Although the risk factors of this disease increase with age, and most people suffering from it are 65 or older, it affects the younger generation too. As per the studies, more than 200,000 Americans under the age of 65 have Alzheimer’s disease. 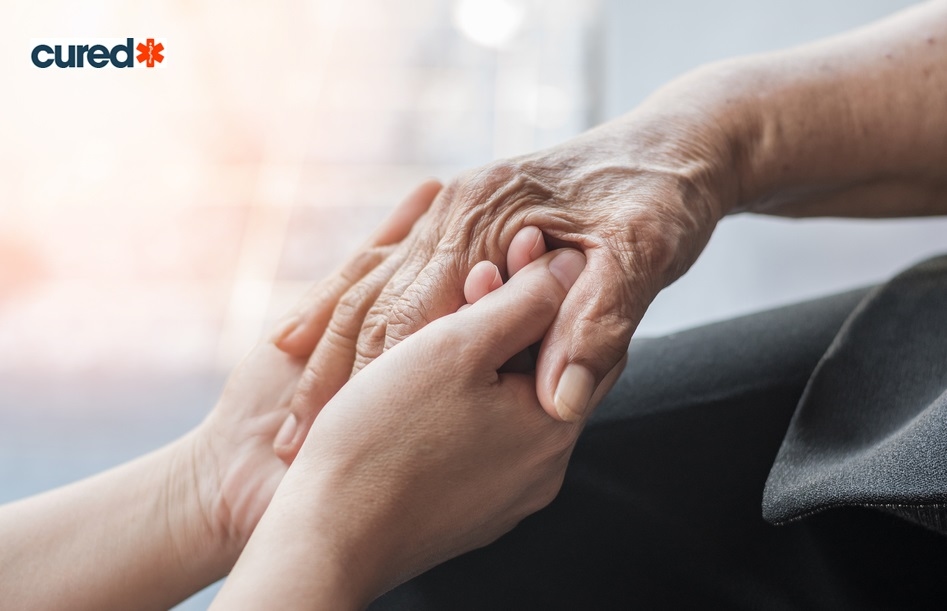 There are various ways to play an active role in supporting Alzheimer’s education and awareness. It’s rightly said, “No action is too small.” If you want to get involved in National Alzheimer’s Disease Awareness Month, here are some of the ways to join the fight against the disease.

Caregivers play a crucial role in supporting those who are suffering from Alzheimer’s. On the occasion of awareness month, honoring them and understanding their sacrifices will encourage them to keep going. Trust us, paying them tribute is one of the best ways to appreciate their efforts.

In November, many communities host “Walks to End Alzheimer’s.” It is one of the largest events that take place to raise awareness for Alzheimer's care, support, and research. On these walks, thousands of people participate in supporting both patients and the research centers by raising funds.

- Wear Purple Throughout The Month

Purple is the official color of the Alzheimer's movement. This color depicts that we all are in this together and help those dealing with the disease. Wearing this color during National Alzheimer’s Disease Awareness Month is an opportunity to start a conversation that can raise awareness and spread the word about the disease and its treatment.

Spreading the word on social media platforms is of utmost importance as it will help connect to thousands of people in one go. The more people know about Alzheimer's, the more action can be taken for its treatment. Sharing photos, statistics, or other vital information will make people aware of the disease and how they can take part in bringing a change.

- Get Yourself And Your Loved Ones Screened

The National Alzheimer’s Disease Awareness Month is the perfect time to get yourself and your loved ones screened for the disease. There are ample screening programs available that test your knowledge about the disease and whether you have AD or not. Make  sure you take the program that will include the doctor’s checkup and help you discover your knowledge about Alzheimer’s.

Even a single penny that a person donates helps those who are affected by Alzheimer’s. Donation provides the patients with care and support services that they require for better well-being. Apart from this, donations are also used to accelerate the research, which will further help develop new medications to slow down the effects of the disease. So, make sure you help the support programs or organizations by making donations this year.

Setting up your own fundraiser page is one of the practical ways of contributing to the awareness month. Creating a fundraiser is a quick and easy way and can help raise funds to advance Alzheimer's care, support, and research. So, on the occasion of awareness month, take the right step and help the patients lead a better life.

Are you ready to show your support for National Alzheimer’s Disease Awareness Month? We hope that this article has inspired you to understand the disease and take action to make your loved ones or  Alzheimer’s survivors feel empowered to reach out for the help and support that they need. So, with a vision of creating a world without Alzheimer's, pin the article and get ready to make an impact in society.