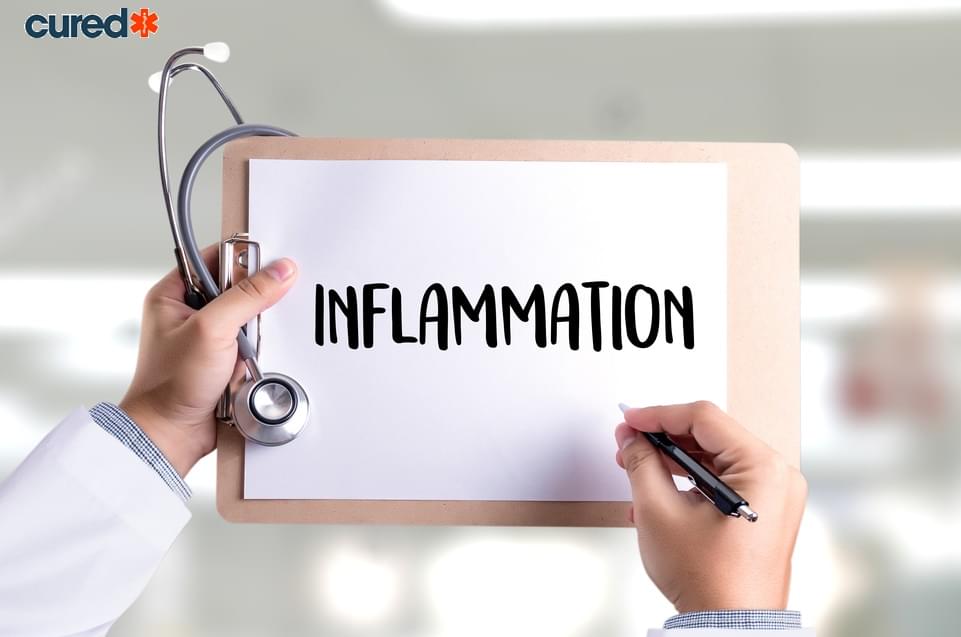 Inflammation has been derived from the Latin term “Inflammation”, which means “set afire”. It acts as a part of your body’s defense mechanism supporting the healing process of your body.

Whenever your body finds an intruder trying to create a disbalance, inflammation as a part of the body’s immune system launches a biological process in order to get the body rid of the intruder. These intruders can be an irritant, a thorn, or pathogens including viruses, bacteria & other disturbing organisms.

In some cases, the body launches the attack against its own tissues & cells inadvertently considering it harmful. This kind of response from the immune system causes some diseases including diabetes.

Researchers & health experts have established that inflammation, if not treated, can cause various diseases including obesity, heart diseases & type 2 diabetes.

We have created this article to get you complete information on inflammation -- what is inflammation, symptoms, treatment, causes & more.

When the immune system tries to protect your body against injuries, diseases, or infections -- inflammation is created to support the healing or the recovery process. We do not know, but it is not possible for our body to heal without inflammation. In fact, inflammation happens in each one of us.

The response becomes negative when the immune system creates inflammation against certain autoimmune diseases like inflammatory bowel disease and arthritis. In this process, it hurts healthy tissues of the body resulting in various diseases.

Low energy level: You should know that your body is suffering inflammation -- if it feels a lack of energy even after taking adequate sleep and eating right.

Skin rashes: For people suffering from eczema or psoriasis -- it might be due to inflammation. It will come up with rough, flaky & red skin.

Unexplained mucus production: If you constantly need to blow your nose or clear your throat -- it might be due to inflammation. It could show up as runny-nose, coughing excessive sneezing.

Inflammation appears when your immune system is trying to create a shield to protect the body from certain conditions. In this process, it sends more white blood cells to areas that have been affected. The increased number of white blood cells causes the skin to get warmer and become red.

Major inflammation-causing factors can include:

Stress: Your body can suffer uncalled for inflammation, when it is producing excess stress hormone cortisol, which, in turn, leads to other disorders.

Allergies: There could be an inflammatory reaction from the body without any need for it, which would show up in some form of allergy.

Arthritis: Hay Fever, an unnecessary inflammatory response can be very harmful to your body. It can lead to the wearing down of the cartilage and can even cause permanent damage.

While you cannot treat all types of inflammation, certain changes in lifestyle and dietary habits will contribute to its prevention.

For instance, a diet that is rich in saturated fat or a lifestyle that involves chronic stress can worsen the condition.

Here’s a list of foods & lifestyle changes to treat Inflammation:

In case of extreme symptoms, you must consult a medical expert who will treat the condition with proper medications.

Inflammation can become a serious problem if not taken care of properly in the given time. It is caused as a result of an immune system response to some autoimmune conditions causing disturbance to your own body tissues & cells.

It can show up with a number of symptoms including redness, pain, disturbed digestive system, excessive mucus production, low energy & skin rashes. Thankfully there are ways to treat the effects of inflammation.

You can bring about certain changes in your dietary habits & lifestyle to debilitate the effects of inflammation. In case of prolonged symptoms, you must visit an expert.