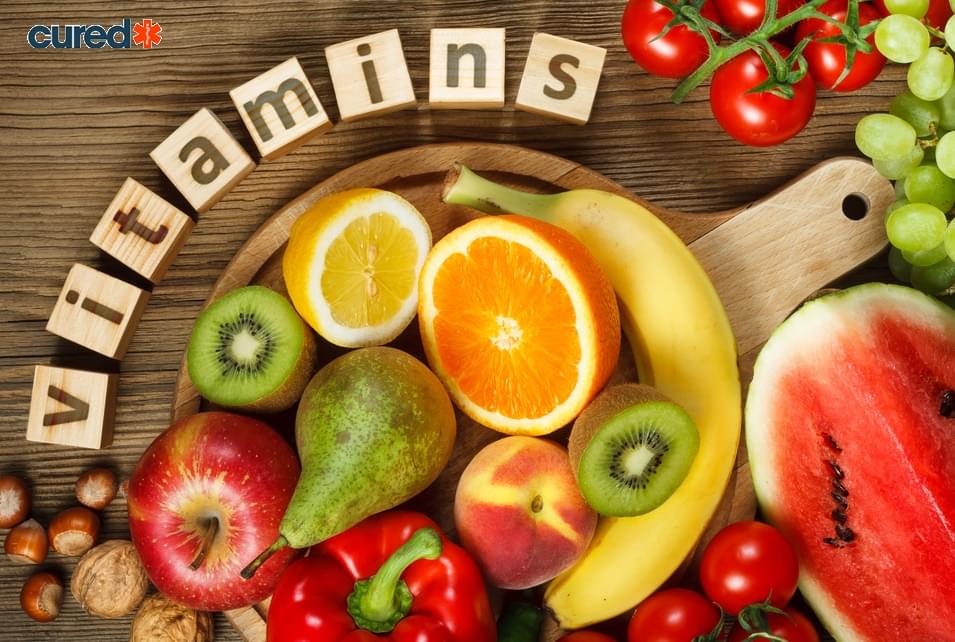 We are all aware of the fact that to keep our bodies healthy & going, we can nurture it with nutrients & minerals. But, what is quite worrisome is the idea of how you would know if your body is lacking nutrients. While deficiency of different vitamins & minerals has different signs & symptoms, there are certain symptoms you can consider as the symptom for nutrient deficiency in the body.

And, if you have the knowledge of why a certain part of your body is reacting abnormally, you can fix it and nurture it with the nutrients your body needs. Apart from that, nothing could be better than a platter full of nutritious foods to maintain the optimum level of vitamins & minerals in your body.

Before you do anything make sure you are nurturing your body and soul with a nutritious diet. Sometimes, this step alone can correct everything unusual happening to your body. On the other hand, a diet that is lacking in nutrients could cause a number of unpleasant symptoms.

In this article, we have jotted down a list of certain common symptoms that indicate that your body is lacking in one or all nutrients. You can also say that these signs & symptoms are the ways your body communicates about the lack of these nutrients.

While losing 90-100 hair strands every day is normal, if this number has increased over a few days, something is not right. From the last few days, if you have noticed prominent hair loss, you need to check on your diet & get your regular tests done. It could be because of iron deficiency or maybe vitamin D deficiency.

If it’s because of an iron deficiency, you would feel unusually tired, cold, and have a headache. If you are vitamin D deficient, you’ll feel tired all the time, joint ache, headache, unusual pain in your legs, and unexplained hair loss.

While bleeding gums are not always because of nutrient deficiency, sometimes, it is caused due to wrong technique we use in brushing our gums. But, in some cases when it is too severe and for a longer period of time, bleeding gums could be due to the lack of certain nutrients your body might be lacking in.

Most often bleeding gums are caused because of vitamin C deficiency, which plays an important role in keeping your immunity strong and in healing wounds. Vitamin C is also an antioxidant that helps in the prevention of any type of cell damage. One important thing to note is that the human body does not produce vitamin C on its own, therefore, you need to intake it from outside (from your diet).

Fresh fruits & vegetables are rich in vitamin C and those who eat them regularly rarely get vitamin C deficiency. You may start experiencing bleeding gums & even tooth loss. Other symptoms that indicate vitamin D deficiency are  - scurvy, bone loss, feeling of unexplained fatigue, weakened immune system, and more.

If you have been experiencing poor vision lately then it might be due to some kind of vitamin deficiency. You need to get tested as soon as possible.

This could be caused due to a poor diet. People suffering from poor night vision may find it difficult to see in low light or in darkness. People who are deficient in vitamin A often suffer from night blindness in which they are unable to see in darkness or low light.

Vitamin A helps in the production of rhodopsin, a pigment that is found in the human retina that is primarily responsible to keep your vision strong at night. If vitamin A deficiency is kept untreated for a longer period of time, it may lead to xerophthalmia, and you might finally suffer blindness.

In the early stage of xerophthalmia, you’ll see some elevated, white foamy Bitot’s spots on the white part of the eyes. This would lead to blindness if vitamin A deficiency is not treated in time.

Warning: you should not take vitamin A supplements unless prescribed by your doctor. Since vitamin A, when consumed in a high quantity then what is required, being a fat-soluble vitamin, it gets stored in the body causing intoxication. Excess intake of vitamin A will also show up symptoms like skin irritation, nausea, bone pain, joint pain. In the worst case, it may also lead to death or coma.

A lesion is possibly abnormal damage around a certain part of the body. If you are noticing lesions around your mouth, it may be due to a deficiency of certain kinds of vitamins & minerals. Like canker sores or mouth ulcers are often caused due to vitamin B or iron deficiency.

The cracks in the corner of the mouth often referred to as Angular cheilitis, which causes bleeding, cracks & split are caused due to vitamin B and iron deficiency. If you see any of these deficiencies, the first thing you should do is add to your diet, food rich in vitamin B & iron. Eat lots of green vegetables, nuts, seeds, legumes, fish, meat, poultry & whole grains.

Most often, biotin deficiency is caused by chain smokers, regular drinkers & pregnant women. And, other risk factors include long time use of anti-seizure medications or antibiotics. In addition to that, since egg whites reduce the absorption of biotin, it may cause the deficiency.

Foods to include in your diet to correct biotin deficiency include fish, meat, seeds, nuts. Cauliflower, bananas, spinach, sweet potatoes, whole grain, broccoli & more. If you have been prescribed by your doctor, you can also take biotin supplements.

There are some common symptoms of deficiency of nutrients you should be aware of. This knowledge will keep you at bay from prey to these deficiencies. If not treated for a prolonged time, vitamin deficiency can also lead to deadly diseases.

It is highly likely that you would not suffer any of these deficiencies, if you are having a proper diet every day, you will not lack any of the required nutrients. But, lack of knowledge would cause us to avoid these symptoms eventually leading to deadly diseases you would have never imagined.

Get it treated. Get enough of the nutrients your body is lacking. Identify the symptoms in the early stage. Eat healthily. Stay healthy!!