Everything About Agoraphobia: Cause, Symptoms & Treatment 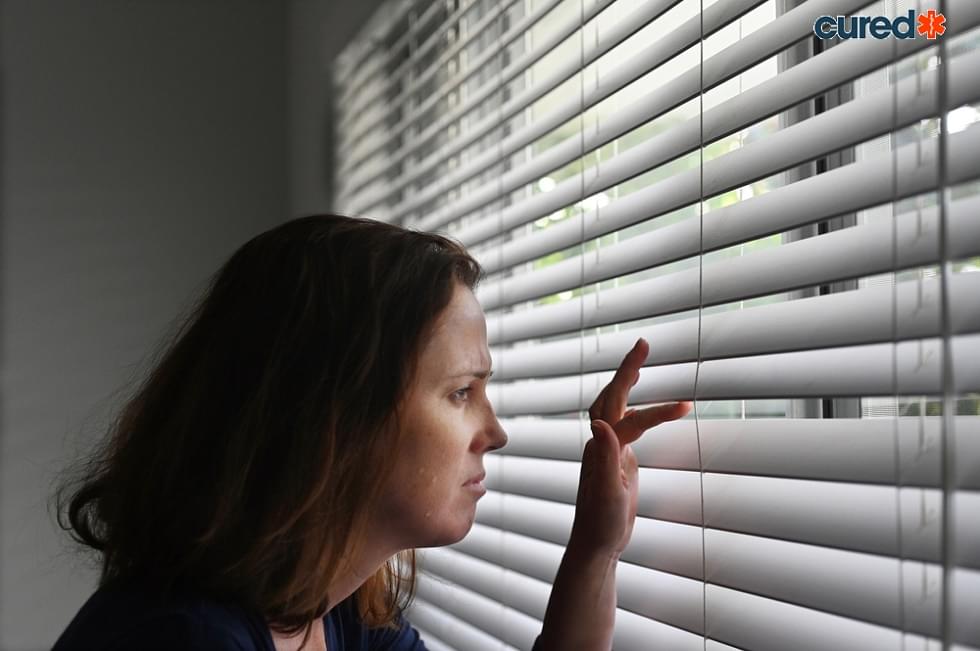 While during the coronavirus outbreak, it has become a real reason to fear standing in queues — and that reason is pretty rational and reasonable.

But, for some people, this fear is a permanent phenomenon. This group of people has an unexplained fear of going to crowded places, open spaces, and they even fear to stand in queues. These people will try to confine themselves in the comfort of their homes as much as possible. This particular behavior is associated with a disorder or condition called agoraphobia — it’s a type of anxiety.

Let’s learn more about agoraphobia and how it affects human behavior in particular:

Agoraphobia is an anxiety disorder. It is listed under DSM-5 (Diagnostic and Statistical Manual of Mental Disorder 5). In most forms of anxiety disorder, the anxiety feeling prevails for a long time, and it grows even worse with time. In panic disorder, which is a form of anxiety disorder, without any signals, there would be a sudden feeling of some kind of terror in your surroundings. And, Agoraphobia is one of the forms of panic disorder in which the patient fears going to places where it is hard to escape from, and there is no help available in the close surrounding.

The places in which agoraphobia will fear would include remote areas, places that make them feel embarrassed, places where he feels helpless, public transport, bridges, and more. Generally, a person suffers agoraphobia after the panic attack comes up one or two times. In such a situation, the patient makes sure that he avoids all such situations where these panic attacks get triggered. People suffering from agoraphobia most often need someone to accompany these people to public places and other crowded places.

There isn’t any proof of — what causes agoraphobia. Medical scientists are still working out to get to the root cause of this particular condition. However, it has been found that those who have a history of panic attacks are at a high risk of agoraphobia. A panic attack is caused whenever there is some feeling of imminent danger. Sometimes agoraphobia can occur unexplained without any particular cause

Typical symptom and signs of agoraphobia can include:

Agoraphobia symptoms can be cognitive, physical, or behavioral. Some behavioral symptoms of Agoraphobia include. Most of these symptoms are similar to that of symptoms associated with panic attacks.

There's a fine line of difference between behavioral & cognitive symptoms. Cognitive symptoms are those which come in the form of feelings and thoughts about the attack. On the other hand, Behavioral symptoms are the ones when the person would make sure to avoid any such a situation wherein the patient would keep avoiding going to any such places which can trigger the fear and the attack.

Agoraphobia, however, can start from early childhood, but in most cases, it starts in the early adult years or teenage. In most cases, it occurs before the age of 35 — in some cases, older adults may also develop agoraphobia. And, women are more prone to suffer from agoraphobia than men.

Here’s a list of the Risk factor for Agoraphobia:

How to Get Diagnosed for Agoraphobia?

Taking the help of a healthcare professional is the best way to get diagnosed with Agoraphobia. A specialty belonging to the area of psychiatry would be the perfect way for diagnosing the Agoraphobia. The doctor can correctly diagnose the cause and suggest various medical tests that may be required to diagnose the cause.

Any medical expert (in general) does the diagnosis for Agoraphobia based on the fear of the conditions including — Enclosed spaces, Being outside the home, Public transportation, Being in the crowd, and Open spaces.

What is the treatment for Agoraphobia?

Sometimes, to make sure that the severity of the symptoms is reduced, medical experts also suggest some kind of antidepressants. However, the antidepressants do not give results immediately. For antidepressants to show results in agoraphobics, it must be stored in the body for over weeks.

Another way to treat Agoraphobia is through cognitive therapy. A therapist usually helps the patient deal with and react to the thoughts of anxiety and stress. The therapist also helps the patient with different stress-management techniques and ways to keep the mind relaxed whenever fear gets triggered. In addition, friends, family, and other acquaintances can play an important role in giving patients the courage to manage anxiety & stress.